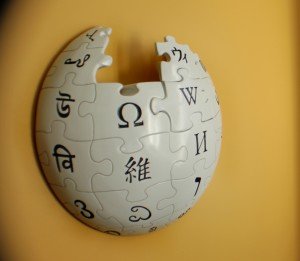 Wikipedia is the sixth top website in the world, according to Alexa. An online encyclopedia, Wikipedia’s entries are open for anyone to add, edit or delete.

It’s the biggest collaboration on the Internet today. More than 30,000 editors make edits in a month. Millions of people use it every day as reference for school, work and everyday life.

If you’re creating a wiki in your company intranet, what can you learn from the biggest, greatest wiki in the world.

I combed through Wikipedia’s principles, policies and guidelines to pick out what can benefit us most.

5 Lessons on Wiki Making from Wikipedia

1. Know what the wiki is for

Wikipedia is very clear about being an online, collaborative encyclopedia. This dictates the rest of its policies and guidelines, such as not allowing opinions to be published, and allowing only verifiable (previously published) information to be included in entries.

2. Have a system for reaching consensus

When two or more people collaborate on anything, disagreements always arise. Wikipedia has a system to reach consensus among different editors, including sophisticated ways of tracking edits and communicating with other editors.

Your wiki doesn’t have to be this sophisticated to address disagreements. At the very least, you need to agree on a convention for taking note of disagreements or conflicting content on your intranet. Then come up with a way to reach consensus.

This is where a moderator comes in, which brings us to the next lesson from Wikipedia:

A wiki isn’t a set-it-and-forget-it type of project. Someone has to stay on top of the content.

In your organization, the one who created the wiki could automatically be the moderator, or assign a moderator for the wiki. The moderator usually makes final editorial decisions. He or she can also take charge of  handling disagreements.

4. Insist on respectfulness and civility

This lesson is a result of the inevitable conflicts that arise during collaboration. Wiki contributors can disagree with each other, even debate and argue. That’s perfectly normal in a collaborative environment. This conflict can even lead to synergy and innovation.

At the same time, we still have to work with each other afterwards. And so, treating each other with respect is of the utmost importance.

By its nature, a wiki is created collaboratively. The only way to achieve this is to relinquish much of the control over to users. In the enterprise, it’s a matter of determining which intranet users should be able to contribute to a particular wiki.

What other lessons or guidelines have you found useful when creating wikis in your intranet?