This past winter hit many areas quite hard with snow, freezing ice, and even frost quakes! On top of all the other issues with a large amount of snow, travel becomes not only difficult, but dangerous. School closing are common in poor weather, but not every office or business can do so. The loss of … Read more

There are many uses for Workflows in intranet blogs. Previously, Noodle only had Workflow steps available for Documents, Database Forms and Calendars. In our newest upgrade, Workflows have been added to Blogs. This provides more options and flexibility with your Blogs. In this article, let’s review some ways you can use Workflows for your Blog … Read more

In a world full of natural disasters, computer viruses and human error, it’s crucial to protect your intranet data. You need to have a reliable method of hosting your Intranet site data and backups. Just last year (during the storms in Florida) a popular casino application was down for hours. What they learned was that … Read more

We are happy to announce a new Noodle feature for both our cloud and on-premise options: Single Sign-On (SSO). Our Noodle team is always striving to incorporate our customers’ feedback and give them the ability to be more productive and engaged with our intranet software. This feature has been requested time and time again by … Read more

There is so much you can do by Adding Portlets in Noodle. Portlets can be added to your Section Page, or any Sub-Pages, or even in your own Profile! In today’s video, we look how to add Portlets to Noodle. With some examples of what you can do with them. Choose from over a dozen … Read more

Evaluating Portal Software We are all familiar with portal software. Particularly, the login screen. We see these gateways daily, and login, without a thought, to whatever application we are planning on using. Whether that’s a social application like Facebook, or a work email client. So what are the most important features of portal software? When … Read more 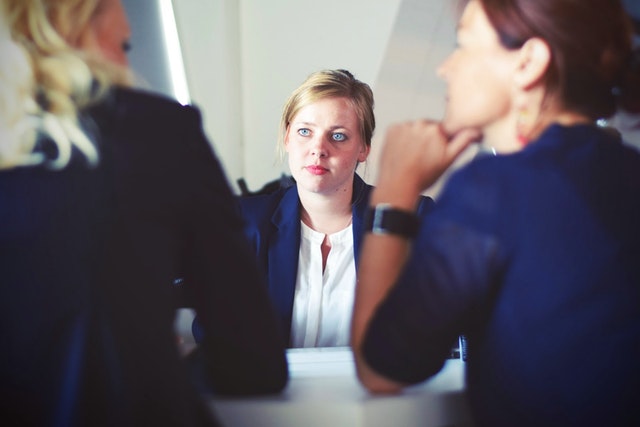 Continuing from our last post, Marketing with Noodle via CRM Databases, we will breakdown some common business software lingo. Today we will explore features of Human Resource Management (HRM) software and Human Resource Information Systems (HRIS). Also we’ll take a look at how Noodle can help with these functions. What Is HRM And Why Do I Need It? Human … Read more

When installing an intranet platform for your company, you have two choices: install it locally in your own server (self-hosted), or have it hosted in the cloud. There are benefits and reasons for each option. These reasons may depend on: cost, user level, storage requirements, IT or security needs, or other levels of customization and … Read more

It can be difficult to find a perfect match in a market where there are so many choices. Especially for those looking to improve communication and the information sharing within their organization. Getting the proper pre-planning advice and guidance is just as crucial as choosing what software to use and how to set up and manage your corporate intranet. Make sure you can speak to someone who can ease any of your concerns, provide advice and best practices, and ensure you make the best choice for your business. Not all companies needs are the same, but most companies can benefit from having a corporate intranet to make work easier for your employees.

It’s not often that we reference baseball with intranets. But earlier this month, the two came together in the form of a security “hack”. Now this wasn’t your ordinary hack, because there was NO hacking involved! Instead the media portrayed or labelled it as a “hack”. So what really happened? Although, we are not 100% sure what went down, we do know that the St. Louis Cardinals were able to gain access to the corporate intranet of the Huston Astros of the MLB. Most say that the user’s account accessed in the breach, was a former Cardinal who went to work in the office for Huston.

The initial story was that they were able to look up the former employees password in the Cardinals database, and used the same password to access the database of his new employer. Another theory is that the breach happened due to a “Brute Force” attack, which would guess thousands of passwords in a minute if there was no limit set to password guessing. Either way, it brings up the important topic of intranet security and passwords. It is said that hundreds of thousands of dollars worth of data was acquired through finding a way into the Astro’s intranet. So obviously, if you have sensitive data on your intranet, it is valuable to use best practices regarding intranet passwords.

We have heard many times through the years, “It’s the end of the password”. Other security technology has been developed and is in use by people and companies such as, using token authentication with smartphones and biometrics (finger print scanning, face recognition etc). But for intranets, these options aren’t very viable. Unless you use “Single Sign-On” (not secure!) the password is still king.

Noodle is a product of Vialect Inc. Noodle is a powerful Intranet Software platform that provides companies the ability to share ideas, post documents, merge schedules, upload photos & collaborate on projects within a single secure site.

Noodle is Designed for People, Engineered for Business